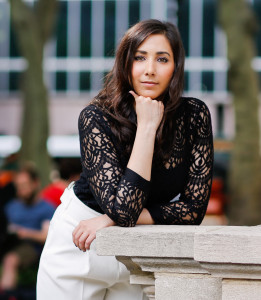 Shraysi Tandon is a documentary filmmaker and a journalist. She recently directed the New York Times Critics Pick INVISIBLE HANDS – the first feature film to expose child labor and child trafficking within the supply chains of the world’s biggest corporations.

A journalist by background, Shraysi was a reporter and anchor for CGTN America (formerly CCTV America) covering business, economics and finance.

Prior to CGTN, Shraysi was a reporter for Bloomberg Television based in Sydney, Australia. At 25, she became the youngest Bloomberg TV reporter and helped oversee Bloomberg TV’s Australia coverage.

Shraysi earned a degree in political science and journalism from the University of Notre Dame in Australia. She has lived in 5 countries and 11 cities and is fluent in Hindi and Indonesian. She currently splits her time between Chicago and New York.